BOAT EXCURSIONS IN THE STRAIT

Blue’s Trident of Blue: a tale of Orcas 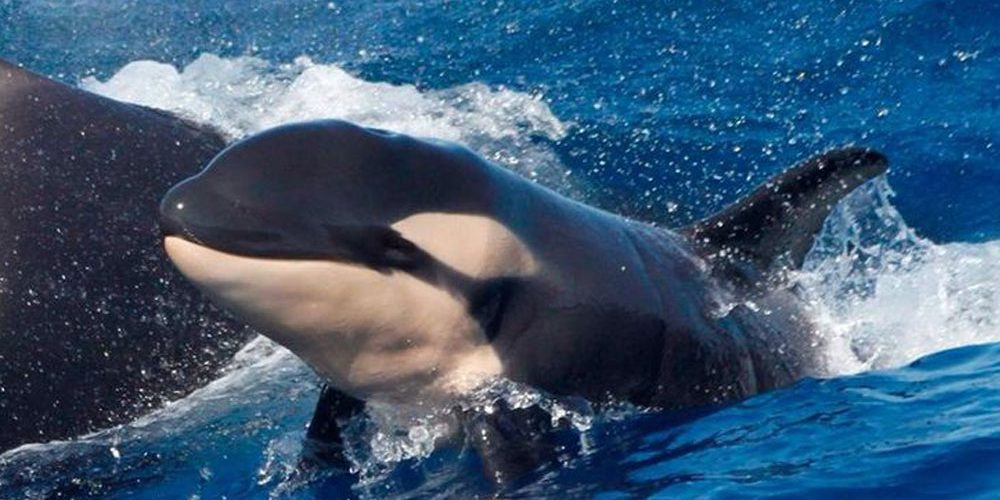 Blue’s mother had it very clear that her daughter would be born in the Dolphin’s maternity clinic called “Pillars of Hercules”. As an equidistant point between Monte Musa (morocco), Monte Hacho (Ceuta) and the Rock of Gibraltar, she would have three nationalities. Besides, she considered the Tunas that inhabit these waters to be the tastiest in the world.

After a 16 months gestation, the wealthy baby Orca was born (long 2 meters and weighting 150 kilos). Within one hour of birth, she was already swimming like a champion with her Mommy. For some strange reason, her eyes were blue as the sky, so her family called her Blue. Her skin also was different; her belly was completely black, unlike the other orcas with their white trident-like patches.

The following year, back for holidays in the Strait, she was still under her mother and aunts custody. That day, the orcas were reviewing the hunting plan and Blue, who was very curious, heard a boat and with her blue eye, peered out of water.

“Oh! She exclaimed. “Look Mum, this is the little human girl I dreamt of! This is Marina!”

Mommy Orca made a spyhopping, gazed attentively at the young girl and smiled, for she saw the drawing on the boat’s hull.

“Well my love”, she said, “now you know who you gave your trident and your blue eyes to. Like I said, in the ocean of dreams, all beings are connected and communicate. You would not believe me. She dreamt of you too, Blue. She drew a very special trident for her father this morning; without knowing why, she wrote “MARINABLUE” under the drawing.

The Marina Blue Dream: Wildlife Loving
9 April, 2018
A ellos les ha gustado
Talk with us?
Escríbenos y te contestaremos lo más rápido posible. Write us and we will answer you as soon as possible.
Go to Top