Blue’s Trident of Blue: a tale of Orcas

Blue’s mother had it very clear that her daughter would be born in the Dolphin’s maternity clinic called “Pillars of Hercules”. As an equidistant point between Monte Musa (morocco), Monte Hacho (Ceuta) and the Rock of Gibraltar, she would have three nationalities. Besides, she considered the Tunas that inhabit these waters to be the tastiest in the world.

After a 16 months gestation, the wealthy baby Orca was born (long 2 meters and weighting 150 kilos). Within one hour of birth, she was already swimming like a champion with her Mommy. For some strange reason, her eyes were blue as the sky, so her family called her Blue. Her skin also was different; her belly was completely black, unlike the other orcas with their white trident-like patches.

The following year, back for holidays in the Strait, she was still under her mother and aunts custody. That day, the orcas were reviewing the hunting plan and Blue, who was very curious, heard a boat and with her blue eye, peered out of water.

“Oh! She exclaimed. “Look Mum, this is the little human girl I dreamt of! This is Marina!”

Mommy Orca made a spyhopping, gazed attentively at the young girl and smiled, for she saw the drawing on the boat’s hull.

“Well my love”, she said, “now you know who you gave your trident and your blue eyes to. Like I said, in the ocean of dreams, all beings are connected and communicate. You would not believe me. She dreamt of you too, Blue. She drew a very special trident for her father this morning; without knowing why, she wrote “MARINABLUE” under the drawing. 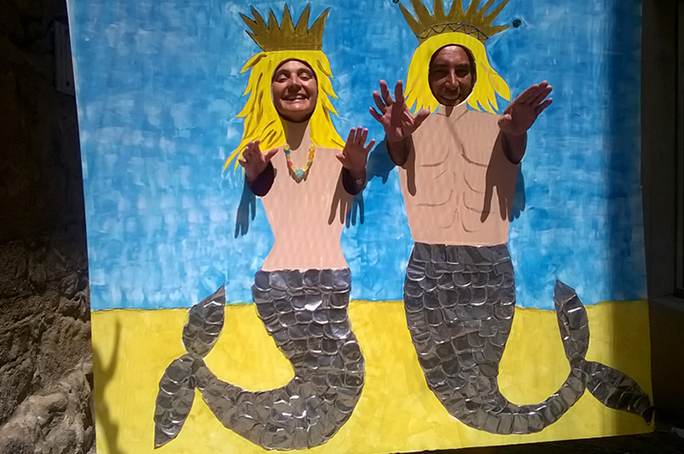 One day, we came up with the idea of dreaming, just like mi daughter Marina does; with illusion and passion. One day, we believed that the dream could come true:... 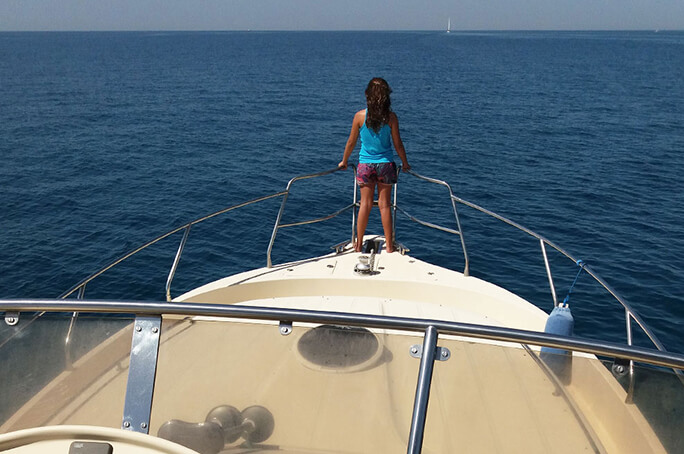 I can’t remember the first time I saw a Sperm Whale. What I know for sure, is that every Easter since I was a baby, I have been sailing with...

Let yourself go!
Disconnect and prepare only your hat and your jacket.
Get ready to enjoy great animals in freedom,
overseas cities, Roman ruins…

Reserve an unforgettable day of sea and nature

¡Hola!Ready to watch whales in Tarifa?

You can find out more about which cookies we are using or switch them off in settings.

This website uses cookies so that we can provide you with the best user experience possible. Cookie information is stored in your browser and performs functions such as recognising you when you return to our website and helping our team to understand which sections of the website you find most interesting and useful.

Strictly Necessary Cookie should be enabled at all times so that we can save your preferences for cookie settings.

If you disable this cookie, we will not be able to save your preferences. This means that every time you visit this website you will need to enable or disable cookies again.

This website uses Google Analytics to collect anonymous information such as the number of visitors to the site, and the most popular pages.

Please enable Strictly Necessary Cookies first so that we can save your preferences!